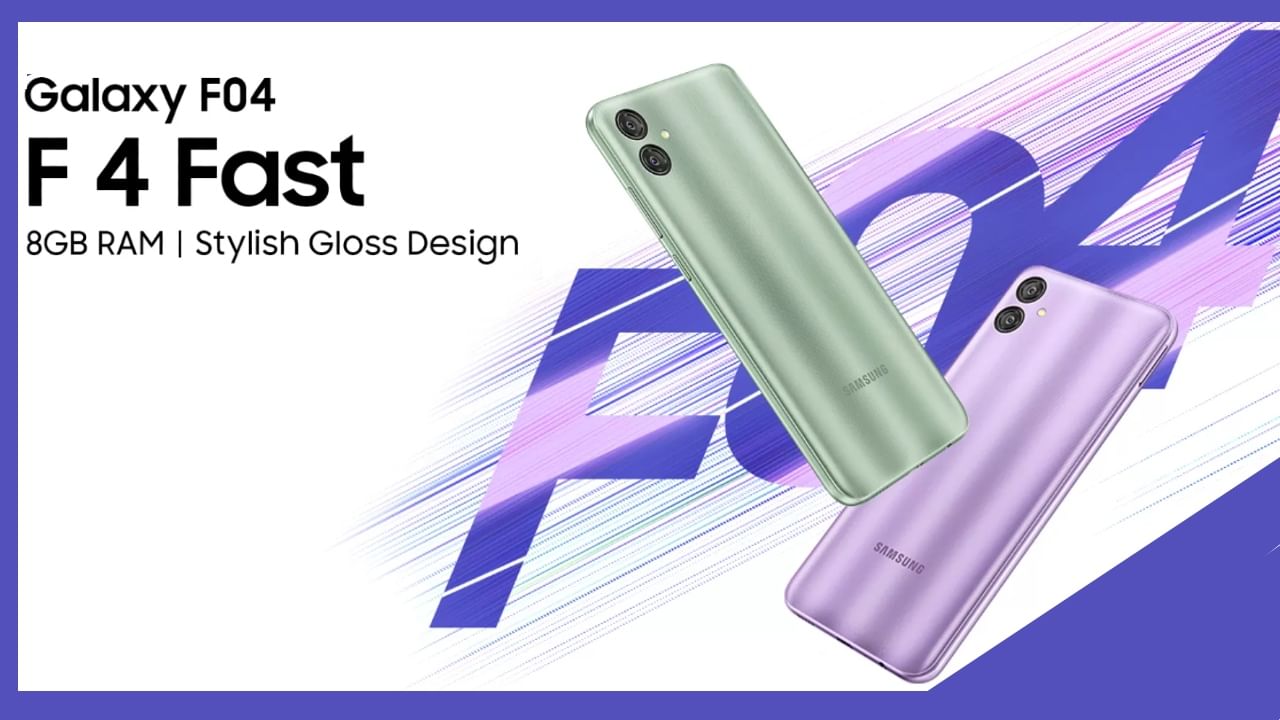 Samsung Galaxy F04 Release: South Korean phone maker Samsung A new phone is about to be added to the flagship smartphone series Galaxy F. The company will enter the Indian market on 4 January 2023. Samsung Galaxy F04 Smartphone launch. E-commerce platform Flipkart But the listing of this phone was spotted and according to it the Galaxy K New smartphones It will be launched at 12 noon. If you are going to buy a cheap smartphone then this Samsung mobile will be the best choice. This phone will be launched at a very low price. You can read more about its price and features.

Flipkart’s teaser shows that the upcoming phone will sport a stylish glossy design. At the same time, some features of the new phone are also visible from the teaser. According to the listing on the e-commerce site, the upcoming smartphone will be priced under Rs 8,000. This means that the new handset of the Samsung Galaxy F series will be an entry-level phone.

Samsung Galaxy F04 smartphone will be launched with MediaTek P35 chipset support. Users will get up to 8GB of RAM. Apart from this, the new phone will also come with RAM Plus feature. The Flipkart listing says the handset will come in two color options. Users will get Jade Purple and Opal Green color options. Apart from this, the back of the Galaxy F04 features a stylish glossy design.

Will There Be A Rebranded Version Of This Phone?